During my ~2.5 years at Sony Ericsson I worked most of the time with AT commands. You maybe remember those commands from late -80 / early -90? You could change baud rate, etc etc on your 9600, 14.4 28.8 modem. Could anybody still use these? Oh yes, the AT commands are still used a lot in mobile phones. In principle you could achieve the same things using AT commands as you could do by sitting and holding the phone in your hand (actually when thinking I believe that you can do more).

Accessories use AT commands a lot, for example portable handsfree and a lot of other gadgets that you can connect to your phone in any way, cable, Bluetooth, IrDA.

So what is ATschjoo? As you probably understand it has something to do with AT commands. It’s a tool where the user can send AT commands and receive the response from them. Think of it like the hyperterminal that has been shipped with all Windows versions (except Windows 7), but this is a little bit more useful. It’s actually one of the reasons why I wrote this. Most of the people at work seemed to use hyperterminal. But I got tired of copy pasting or writing AT commands a zillion times.

Unfortunately usual I didn’t got any spare time on work to code something like this, so I had to do it on my spare time at home and therefore it’s only half finished as many of my projects (I always have many projects and ideas). But still it was working quite good and according to people I know at Sony Ericsson it is still in use there. 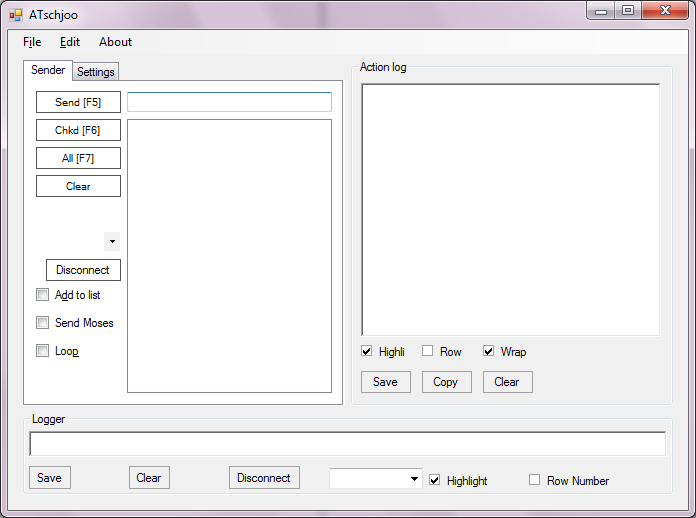 And the last version I did looked like this: 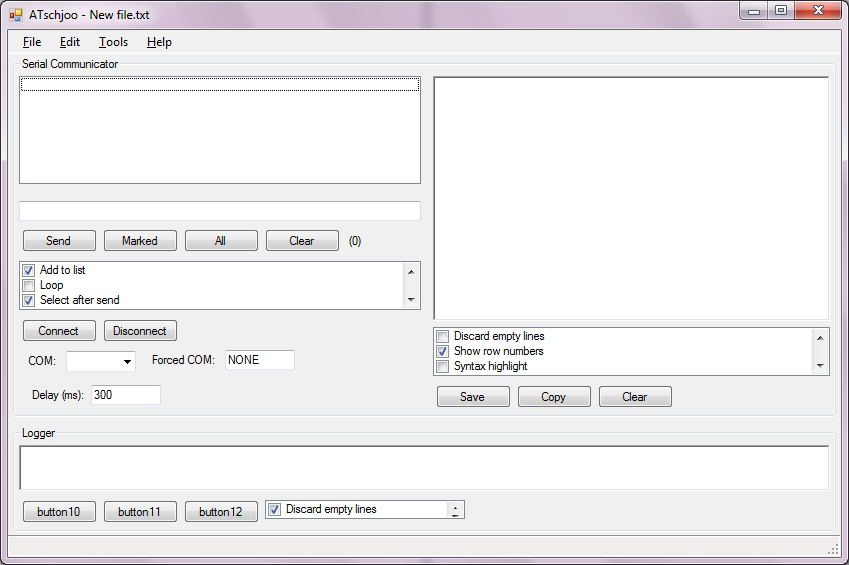 Do I plan to do more work on ATschjoo? No I don’t. Sure there is a need for a program like this, but doing terminal program isn’t high up in my prio list for the moment. But! if you are a programmer and want to make some money then start code something like this. There isn’t many good tools for this out there and demonstrate it for companies. Don’t think that they have much better in-house tools. That is not the case most of the time I guess.

Status: Main features is working, but there are still quite much to do to get this in a good shape. I remeber that there was some bug that caused the program to hang if you didn’t disconnect before remove the USB cable for example.